In Memory of Sara Friedrichsmeyer

In Memory of Sara Friedrichsmeyer

Wiggies were saddened to hear of the passing of Dr. Sara Friedrichsmeyer at the end of August 2021. Sara was a committed and dynamic member of Women in German who contributed greatly to the field of feminist German studies and to our profession as a whole. She was also an inspiring and kind professor who made a great impact on the many individuals who studied and worked with her.

Sara’s research examined the concept of the androgynous in “Romanticism and the Dream of the Androgynous Perfection” in Deutsche Romantik and English Romanticism (ed. Theodore Gish and Sandra Frieden, 1984) as well as “The Subversive Androgyne” in the Women in German Yearbook in 1986. She published on 18th-, 19th-, and 20th-century German authors and analyzed contemporary authors’ views on the Enlightenment legacy, such as “On Multiple Selves and Dialogics: Christa Wolf’s Challenge to the ‘Enlightened’ Faust” in Impure Reason: Dialectic of Enlightenment in Germany (ed. Dan Wilson and Rob Holub, 1993). Sara also worked on several Romantic authors and published “Romantic Nationalism: Achim von Arnim’s Gypsy Princess Isabella” in the path-breaking collection Gender and Germanness: Cultural Production of Nation (ed. Patricia Herminghouse and Magda Mueller, 1997). In a trailblazing manner, she co-wrote essays with colleagues, a feminist practice that has become more and more common in German Studies scholarship. Moreover, she influenced today’s approaches to teaching feminist theory within German Studies departments with articles such as “Toward an American Germanics: Feminism as a Force for Change” (with Patricia Herminghouse) that was published in Teaching German in Twentieth-Century America (ed. David Benseler, Craig Nickisch, and Cora Lee Nollendorfs, 2001). In addition, her writing, research, and teaching expertise garnered interest outside of German Studies and she published “Cultural Studies and the Future of Doctoral Education” in the PMLA in 2000.

From 1990-1998, Sara served as co-editor of the Women in German Yearbook and served on the journal’s editorial board. She is, after Maggie McCarthy, the longest serving editor of the Yearbook and has had an important impact on developments in gender and German studies in the 1990s. She co-edited multiple volumes, among them The Enlightenment and Its Legacy: Studies in German Literature in Honor of Helga Slessarev (with Barbara Becker-Cantarino, 1991). She co-edited the now classic volume The Imperialist Imagination: German Colonialism and its Legacy (with Sara Lennox and Suzanne Zantop, 1998). The historian Lora Wildenthal writes in her review of the volume, “This book is the first to bring together scholars in various disciplines who work on German colonialism and postcolonial racial issues, and it is a vital contribution to German studies.” Her exemplary contribution to the field is also evident in her presence at many scholarly meetings, frequently as a speaker, as well as in the time and energy she offered to numerous administrative and research projects. She received the UC Dolly Cohen Award for Excellence in Teaching, the Distinguished Faculty Award from UC’s Association of Women Faculty, and the Ohio Foreign Language Association’s Publications Award. She served on a number of national committees for the GSA, the AATG, and WIG. After membership on the MLA’s Division of 19th- and Early 20th- Century German Literature and the MLA’s Delegate Assembly, she was a member of the MLA Publication Committee.

Sara was a person of great generosity and intellectual curiosity and served as a mentor to many students and colleagues. In the outpouring of sentiments after learning of her passing, several Wiggies commented on her impact in their lives. Heike Henderson, Professor of German at Boise State University, told us, “She introduced me to WiG and brought me to my very first Women in German conference, back in 1990.” Sara Lennox, Professor Emerita of German at the University of Massachusetts, Amherst, recalled fondly their joint October birthdays celebrated with a cake at the 2003 WiG conference with "The Saras turn 60" written on it. She also shared the joy of how wonderful it was to work with Sara and Suzanne on The Imperialist Imagination, as well as the sad recognition that both of them are now gone. Kamakshi Murti, Professor Emerita of German at Middlebury College shared, “She was so very supportive of my own research on German orientalism. We’ve lost a pioneer in her!” She will be greatly missed by her family, friends, and former students and colleagues. She is survived by her two daughters, Sara and Jennifer, as well as four grandchildren. 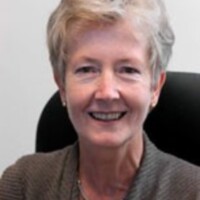