In Memory of Dinah Dodds

In Memory of Dinah Dodds

Professor Emerita of German Studies Dinah Dodds, a pinnacle of the Lewis & Clark community, passed away after a three-year battle with cancer at the age of 76. Dodds was beloved by generations of students and faculty alike.

Beginning her career at LC in 1972, Dodds taught German language and literature for three and a half decades. She also acted as world languages department chair and as divisional dean of arts and humanities. Professor of Hispanic Studies and Spanish Section Head Juan Carlos Toledano Redondo spoke on Dodds transforming the role of the world languages department on campus.

“She pushed for us to be better represented at the campus level,” Toledano Redondo said. “She stressed language as key to a liberal arts education, not just a graduation requirement.”
Associate Professor of German Language and Literature Katharina Altpeter-Jones fondly remembered the compassion of her mentor.

“When I came for my on-campus interview, I got a real sense of Dinah’s kindness, and her warmth and her joyful nature,” Altpeter-Jones said. “She was a wonderful mentor with a great deal of optimism.”

Altpeter-Jones stressed that Dodds’ compassion was felt by students just as much as faculty.

“She was a firm believer in every single individual student,” Altpeter-Jones said. “She was so dedicated to her students. Her door was always open.” The Dinah Dodds Endowment for International Education was established by Missy Vaux Hall in honor of Dodds to provide funding for LC students of any discipline to expand on research they start while studying abroad.

Alum Marissa Burke ’15 received the Dinah Dodds endowment. She reflected on how the endowment impacted her overseas experience in Strasbourg. “The Dinah Dodds scholarship allowed me to research my favorite poet, and I am very grateful to have learned about him and his history,” Burke said via email. “Without the scholarship, my research wouldn’t have been possible, and I wouldn’t have been able to follow that curiosity while I was surrounded by all the resources to explore it.”

Annika Clunk ’20 shared similar sentiments about how receiving the endowment greatly influenced her abroad experience after a year in Munich. “(With the scholarship) I was allowed to go to an EU Commission conference,” Clunk said. The conference, held in Brussels, served as inspiration for her thesis.

Dodds’ impact on the community reached far beyond the department in which she taught. She had a love for music and sang in the Oregon Repertory Singers for over 40 years. In 2011, she returned to campus to chair the music department for two years.

Associate Professor of Music and Director of Choral Activities Katherine FitzGibbon spoke fondly of Dodds as her long-time mentor. “I’d ask her questions and advice, much as I would have had she been on campus,” FitzGibbon said. “She was always incredibly supportive and incredibly wise, and would give the best advice.” On the Resonance Ensemble website, FitzGibbon wrote, “There are few words to express the enormity of this loss. Dinah was simply a remarkable human being — a vibrant and passionate leader who devoted her life to the pursuit of knowledge and public service to the arts.”

During her retirement, Dodds continued to be an active singer, a board member for the Resonance Ensemble and Portland Experimental Ensemble Theater, and a promoter of the international research endowment and continued to have an active presence on campus. In honor of her investment in the LC community, Dodds was the recipient of the first David Savage award in 2007 for her service and commitment to the college. “I can’t imagine a human who better epitomizes generous service to others,” FitzGibbon said. “It’s pretty remarkable to think (of) the thousands of us that are carrying a little piece of Dinah forward forever, and that her legacy is going to be never-ending.”

Dinah’s memorial service will be held on Nov. 3 in the Agnes Flanagan Chapel. 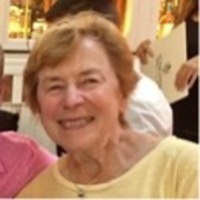